In 21st century Valencia we can boast of parks and green areas. Many parks have been built or improved in the last 40 years and all of them have contributed to a significant improvement in the city. However, the transformation of the old Turia Riverbed into the wonderful Turia Garden revolutionised the city and gave it a vertebrating green lung, "a river of culture", as one of the Town Council's campaigns to promote it was rightly called. Something that the Valencians could not believe until they saw it built.

THE GREAT PARK OF THE TURIA GARDEN

The JARDÍN DEL TURIA includes several parks in itself in a journey of more than 10 km that crosses the city from West to East.

It starts in the PARQUE DE CABECERA, a beautiful park worth visiting on your own and which would be the ideal starting point for a bike tour through the large park of the Jardín del Turia. In the park there is an auditorium, a lake with boats and magnificent gardens, among other things.

Next to it is the BIOPARC, a zoo of the so-called last generation, with immersion in the habitat of animals and with total absence of bars and prisons. The BIOPARC needs a good time to enjoy it, so it is advisable to plan your visit and, of course, to get your ticket in advance. You can do it from our website, right here.

There is a bike lane throughout the park that is a treasure for cyclists who can walk without fear of traffic and among trees and gardens. If we go through the park we find different sports or cultural facilities in each section. Football fields, athletics stadiums with stands, fountains, some bars and cafés and the PALAU DE LA MÚSICA and its pond. 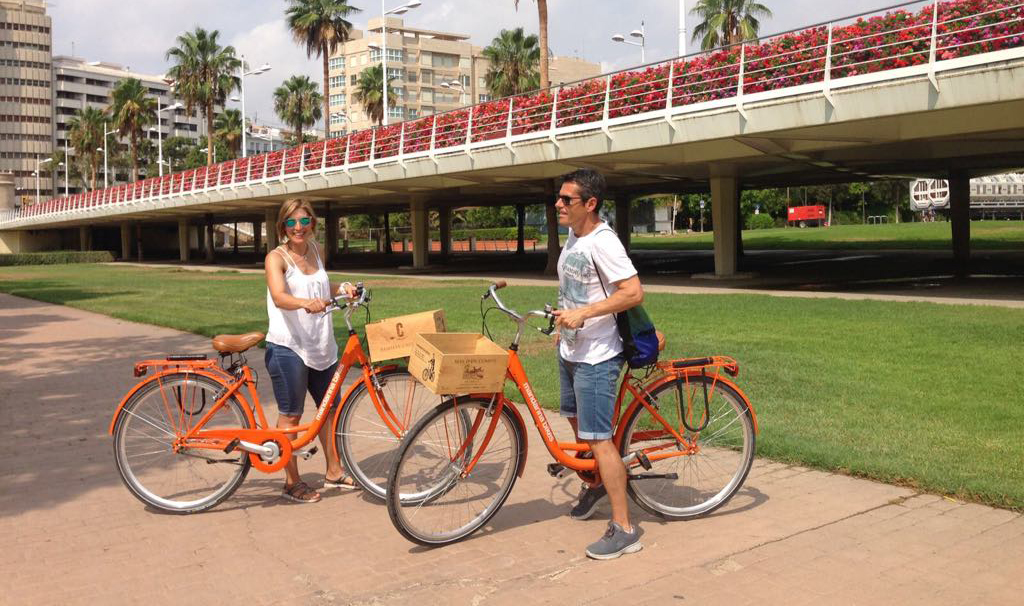 Immediately afterwards we have the GULLIVER PARK where an immense Gulliver full of slides fascinates the children and makes us all feel a little bit miniatures of ourselves, as if we were living in Lilliput.

The park takes us directly to the PALAU DE LES ARTS REINA SOFÍA, as a gateway to the City of Arts and Sciences and from there, if we wish, to the Paseo Marítimo or to La Albufera and El Saler. 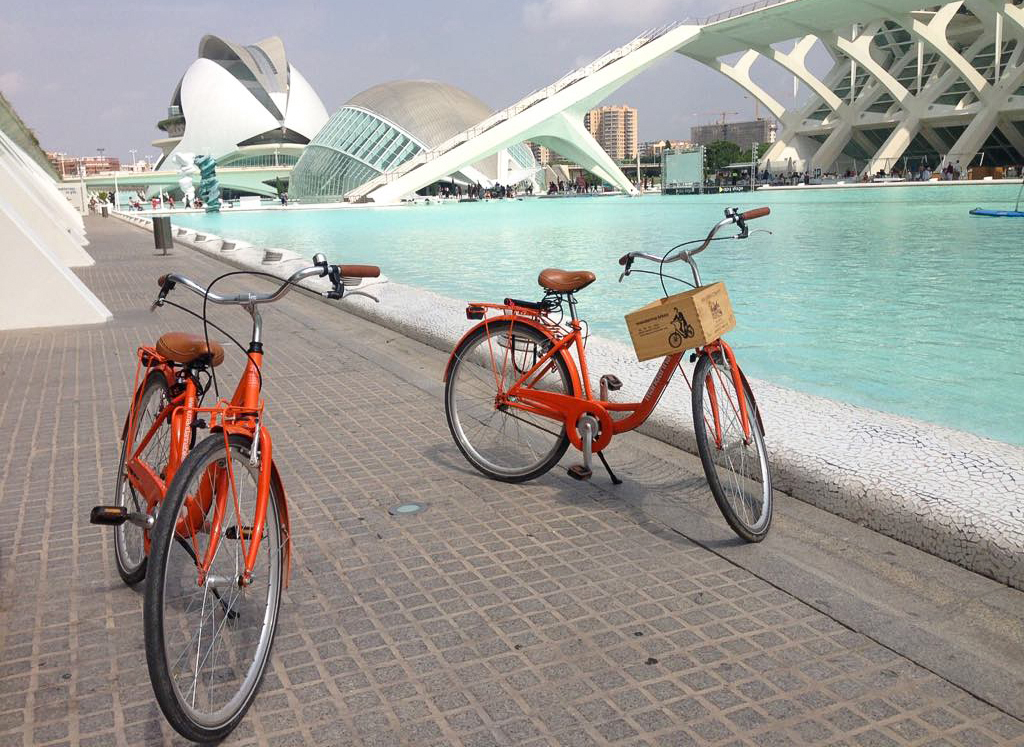 Next to the old Turia riverbed, but at the level of the city, are the Jardines de Viveros  which were once the Jardines del Palacio Real (Royal Palace Gardens), razed to the ground at the beginning of the 18th century after one of the many wars between Spaniards.

They are magnificent and quite large gardens, which were the lungs of Valencia for many years, when we hardly had any other parks. Inside there are all kinds of facilities for the youngest and the oldest. A Natural Science Museum, a circuit for small karts, huge rose gardens and beautiful spots.

In summer, especially in July, concerts and other activities are held. In fact, almost all year round it hosts events of some kind, such as the Book Fair, for example.

It is an ideal destination to go with our bicycle and let yourself be carried away by it.

Although they are not the only ones that have a lot of history, as we have seen, we have some gardens with a lot of tradition and that carefully respect the environment that their creators thought. It is very likely that it is now when they are at their best and not when they were built, because we already know that the gardens are being planted for our grandchildren to enjoy, at the very least.

The first and most important is the BOTANICAL GARDEN, very close to our shop, which hosts a multitude of species of all kinds and has an intense scientific activity and dissemination. However, it is a garden much appreciated for the peace that is breathed and the cool tranquility that the trees provide in the hot months.

Very close to the Nurseries are the MONFORTE GARDENS. A charming garden with a romantic atmosphere and a great charm for everyone who enters.

The AYORA GARDENS are also a journey back in time, perhaps not far away but different.

In the heart of Valencia, on the grounds of the Estación del Norte, an extraordinary park is being built. The project has several phases that will culminate in the burying of the tracks upon their arrival at the station, thus allowing the landscaping of the land that now occupies the tracks.

The first phase is already well advanced, with many trees already in place. It has several buildings of cultural use and we are sure that in a very short time the city will undergo a profound transformation again.